At Saturday’s NatsFest, Washington Nationals owner Mark Lerner revealed during an interview on 106.7 The Fan that a “hot looking” red coating that “looks like you’re walking on carpeting” is among the changes in store for fans at Nationals Park this season. 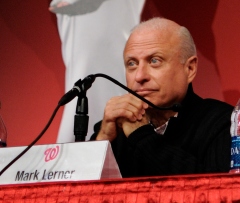 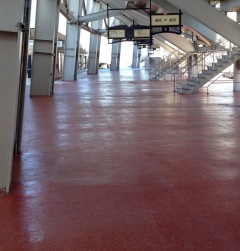 “We knew it would take about five years, six years before it would get really dirty and you couldn’t get it clean anymore,” Lerner told 106.7’s Holden Kushner. “We put a textured coating on it that is absolutely fantastic, looks like you’re walking on carpeting.”

The Nats’ principal owner also promised that in addition to new food offerings and computerized menu boards, the concession lines “will be a lot quicker… A lot of money’s being spent and we’re excited about it.”

You can listen to the entire interview at CBSLocal.com.

Update: Photo at right from the Nats