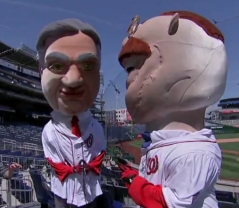 The partnership between the Washington Nationals and the White House Historical Society is a minimum 3-year deal, which means there’s a good chance we’ll see a racing Franklin Roosevelt in 2017.