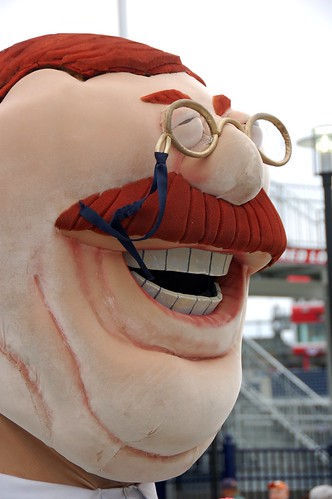 In what appears to be a presidents race first, Washington Nationals racing president Teddy Roosevelt has given an interview to Chris Cwik of Yahoo’s Big League Stew, making this the first time since the Nats’ presidents appeared on the scene ten years ago that any of them has spoken.

In the interview, published on Presidents Day, Teddy says he’s “much better prepared for this season than I have ever been before.” He discusses his offseason film study, two-a-day workouts, and his ambitions to win the presidents race belt back from Abe Lincoln.

He also mentions his fear of the Easter Bunny.

As for the curse some fans attribute to him, he’s not buying it. “…if there a connection between how I do and the team, I don’t see it, we both have our sights set on giving everything we got to win.”